A permanent home for this new library was built in the early 1950s, through the efforts of HAM and BCM. Jesse H. Jones contributed funding for the construction, and in 1954, the approximately 27,000 square foot, three-story “Jesse H. Jones Library Building” was dedicated. Below are promotional images of the library’s interior and facilities from 1961. It is interesting to see how much the library has changed since then. For one thing, there are ash trays everywhere! Read more at The TMC Library in 1961. 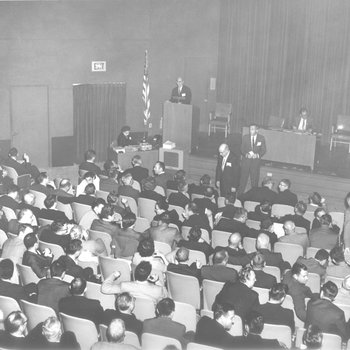 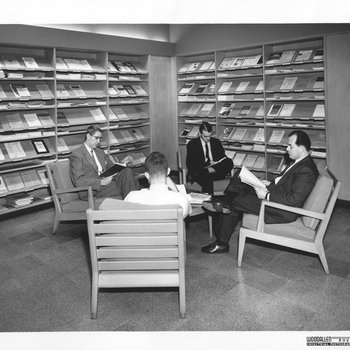 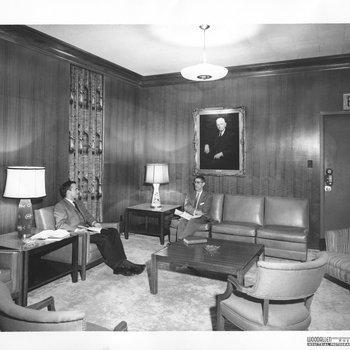 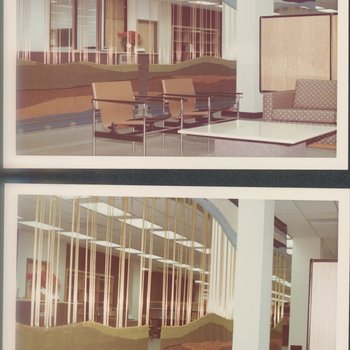 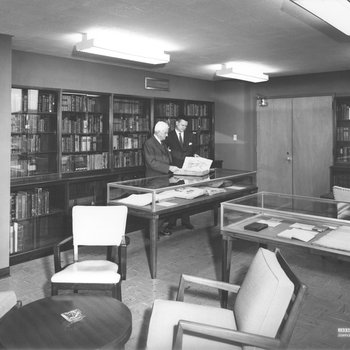 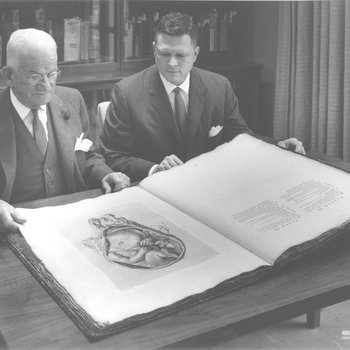 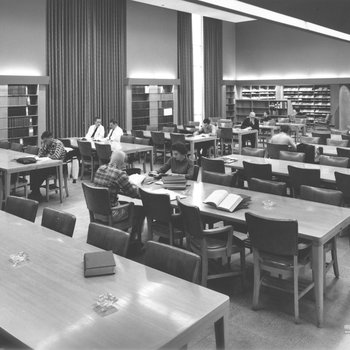 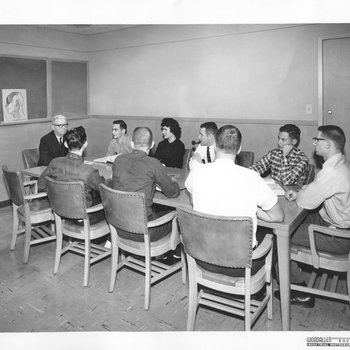 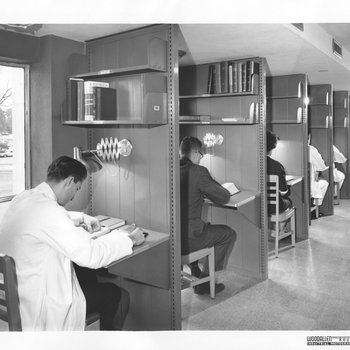 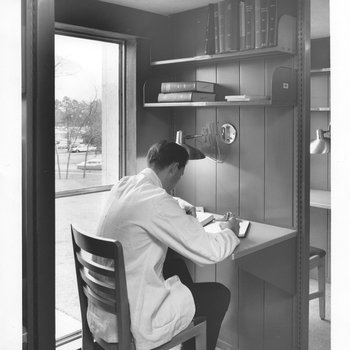 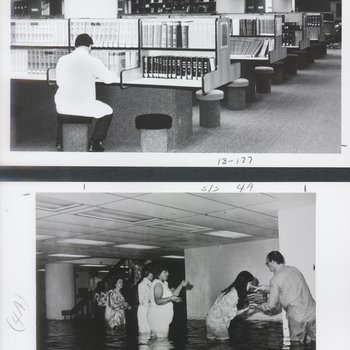 Two Views of The TMC Library